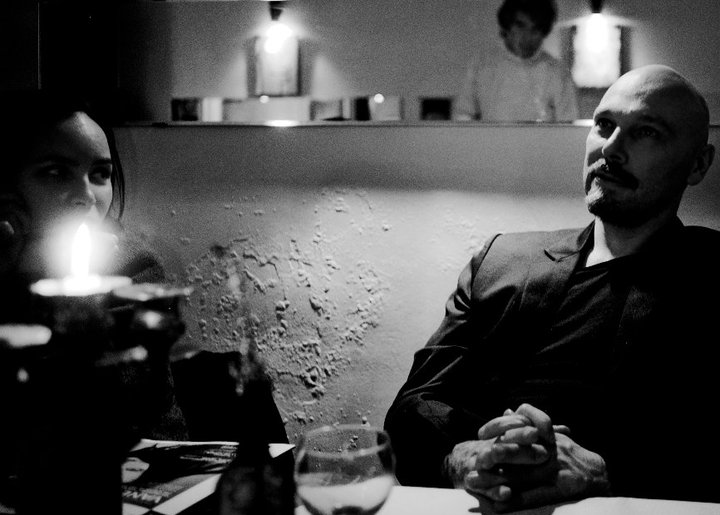 I have lived my life as an artist, writer, performer, and theater director. Since 1997–after the project “No one is illegal” at documenta X–I withdrew from state theaters and traditional forms of literature presentation to become a media activist. I organized and directed performances in public spaces, developed invisible forms of literature (literature which is not perceived as such) and became the creator of fictional artists.

I became interested in theories of social change and began teaching at the Institute of Sociology at the Free University of Berlin. Between 2002 and 2007, I taught a series of advanced seminars called “Science of Human Happiness I–VII” with Bernd Ternes My growing interest in system theory and media epistemology prompted me to teach in various universities such as the Institute for Design Research at the University in Zürich; and published the books Medientheater (Kadmos, 2008) and Flaschenpost and die Zukunft with Friedrich Kittler (Kadmos, 2011).

The main idea was to develop a theory of “social evolution”. This project included writing a book whose first chapter was supposed to be about the human condition and the evolution of the language faculty. But I realized then that the evolution of language is still considered a puzzle and I too, got absorbed in this puzzle. In 2010, I developed the first sketch of my theory of language evolution from first principles as a simulatable model (one behavioral loop with a positive feedback and a regulator consisting of a positive and a negative feedback loop, one positive feedback loop concerning the performative capabilities, and a backchannel between the loops allowing for an adaptation of the lower level to the higher level of selection. I published some papers on this in 2014 and 2015 including How Language Evolved as a Backchannel between Two Feedback Loops and presented my idea at conferences such as Evolang (2014, 2020), Protolang (2015, 2017), and the Mind, Brain & Body Symposium Berlin (2018, 2020). Until 2016 I had no academic training whatsoever.

In 2009 I also co-founded the Deaf Theater Possible World together with Michaela Caspar, which produced five plays and completed two film projects that were funded by various organizations (including the Hauptstadtkulturfonds) and were nominated for and received various prizes (such as BKM and Berliner Theatertreffen der Jugend). Germany’s public-service broadcaster (ARD) produced 40-minute TV documentaries on four of the plays and Arte (Franco-German television network) made a documentary on the group (25 min).

In 2016 I decided to enroll in the Free University of Berlin for Philosophy, mainly to have a University email and an affiliation (which was required for the application for some conferences and for some journal submissions). I completed my BA in philosophy with the thesis The Social Origin of the Concept of Truth – How Statements are Built on Disagreements, which was published in the journal Frontiers in Psychology, Theoretical and Philosophical Psychology in 2020.

Currently I am enrolled in the Master program in Philosophy at the Humboldt University of Berlin (since 2019).

My plan is to publish various parts of my theory as journal articles, discuss them in colloquia, present the ideas at conferences, and then put them all together as a book, in which all new ideas have previously been thoroughly discussed and peer reviewed.

My model also produces predictions that can be formulated as hypotheses. These hypotheses can be presented in a diverse range of fields, including linguistics, evolutionary biology, anthropology, neuroscience, primatology, paleontology, psychology, ethology, sociology, and maybe even philosophy. However, this is only possible if the hypotheses are presented as a solution to questions posed by the fields’ literature. In some cases, such as in fields with long-standing traditions, this may be too laborious without co-authors.

I think that in many academic fields too much energy is spent on justification, review of literature, rhetoric, and form. Thereby also excluding non-academic thinkers.

To date, I have written about 30.000 pages (mostly notes) that are unpublished, due to the fact that I truly enjoy the process of pondering and make notes – using writing as a thinking tool.

I am currently in search of:

o   a collaborator to simulate a very specific part of my theory (a physicist, mathematician, population geneticist or anyone who can simulate agents with mixed strategies on two levels)

o  people that want to discuss the source of altruism

One thought on “Personal Background”